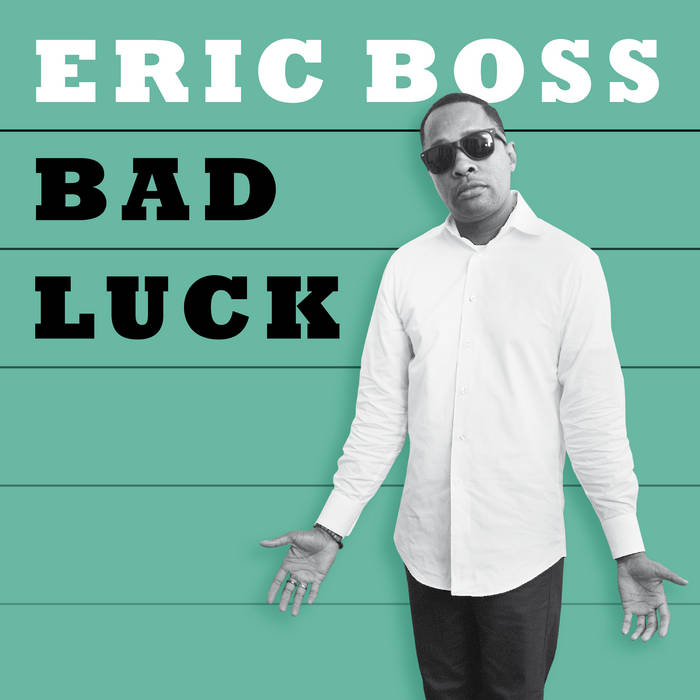 DJ, producer, singer-songwriter, one-half of world-touring soul duo Myron & E (Stones Throw), founder of boogie outfit The Pendletons (Bastard Jazz), part of electro-funk duo Lucid Paradise, and an endless string of collabos means Eric Boss knows his way around a good song. With his previous two solo singles (2016's soul ballad "The Turning Point" and uptempo groover "Closer To The Spirit" from 2017) having sold out in record time, this multi-faceted artist is now ready to give the world a taste of his upcoming new album with first single "Bad Luck", a head-nodding funk-soul number led by crunchy drums and a badass bass line over which Eric's cool delivery flows smooth and silky. The track is out digitally on March 15th in anticipation of his solo debut "A Modern Love", dropping on May 10th on LP & Digital via Légère Recordings / Mocambo Records.

Produced by Björn Wagner and Steffen Wagner (The Mighty Mocambos / Bacao Rhythm & Steel Band), upcoming album "A Modern Love" is an effervescent collection of raw funk, sweet soul, west coast vibes and classic hip hop that features Gift Of Gab (Blackalicious), Gizelle Smith and Ishtar. Though "A Modern Love" is his solo debut, Eric Boss has been around the block, and it's high time he claimed a spot in his own right as one of the freshest artists out there and a guaranteed sure-shot.

Bandcamp Daily  your guide to the world of Bandcamp

outré black metal, with a Victory Over the Sun interview and music from Liturgy and Jute Gyte.